OIKKA members, instructing in the community for over 20 years.

We offer isshinryu classes that are basic enough for the beginner though advanced enough for the most well devloped karate-ka. The Kids / Family class begins with a warm up so the students will get their muscles moving from sitting all day. Students will learn the correct way of working out and stretching. From the warmup the class then focuses on differnt aspect of karate. The class lessons rotate as to always bring a new feel even to something that they might of started learnign in the last class. There is always something new to learn or improve on.

We welcome karate-ka and black belts (Dans) that have training in other styles. Click on our Schedule, for further information about class schedules. 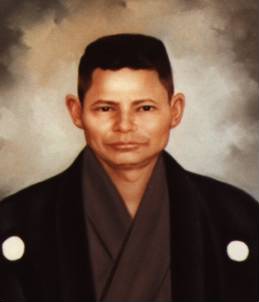 Isshinryu Karate punches are executed vertically rather than the traditional corkscrew style. The thumb is placed on top of the fist rather than the side.
Isshinryu Karate blocks are executed with the ulna and radius bones, along with the muscles in between rather than bone on bone, which in other styles is referred to as "hard style" blocking.
Isshinryu Karate kicks and punches are thrown from natural stances, eliminating wasted motions and giving you split-second advantages over opponents using other styles.
Isshinryu Karate stresses proficiency with both hand and foot techniques, making it the most versatile form of Karate because you have no weak points.
Isshinryu Karate is the most realistic style of Karate, stressing close-in techniques necessary for "street fighting" where you haven't time for the elaborate time consuming wind-ups that other styles employ.
Isshinryu Karate is the most sensible form of Karate, with snap-punch and snap-kick techniques that permit you to move in and out quickly, without committing yourself to a disadvantaged position should you miss or misjudge.
Isshinryu Karate is more adaptable to the American physique and temperament than other more rigid styles because it was designed to follow natural body movements.
Isshinryu Karate will put you into excellent/top physical shape because it provides you with an aggressive exercise program that will improve your muscle tone, flexibility, speed, and wind.
Isshinryu Karate may help you in your job since the mental and physical conditioning provides you with an opportunity to "wind down" from daily tensions and frustrations.